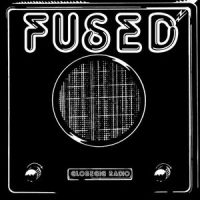 The inaugural show of The Fused Wireless Programme on Blackpool’s Globegig Radio ‘aired’ last night and was reasonably well attended for an Internet radio event, and well received (thankfully).

We kicked off with a snippet of the stand-up comic Peter Kay’s intro to his ‘Live at the Top of the Tower‘ show by way of some jollity – while Fused is about the music there’s still room for some fun and other well intentioned content.

In the latter part of the show we played an electro-acoustic piece by Pierre Schaeffer (Cinq Etudes De Bruits: Violette) from 1948 which, while a calculated risk, it being our first show, went down well in the live chat-room on the Globegig site – effectively opening the door for future exposure of pioneers and early experimental and avant-garde electronic music in future shows (the sort of interesting music we don’t often get the opportunity to play when DJing in venues).

The time flew by and no sooner had we started than it was time to say “Goodnight” by way of, what will become a signature sign off tune, ‘Fireball’ by Don Spencer – this is a nod to the ‘007’ club of yore, Blackpool active in the late 70s/early 80s and a formative place it was too where the then resident DJ would finish the night off with ‘Fireball’.

You can listen again to this show here.