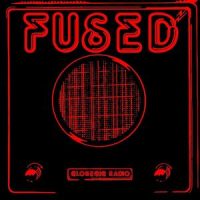 Our second outing with Fused on Globegig Radio went very well, though still getting familiar with the software/hardware interface, schoolboy errors in evidence.

Whereas last time we nipped back to 1948 for an early example of Musique concrète, this time we featured the work of Delia Derbyshire, particularly that which she produced during her time with the BBC Radiophonic Workshop in Maida Vale, London during the 60s & 70s. Kicking off with the original ‘Dr Who‘ theme (written by Ron Grainer and realised by Delia in 1963), we played two further pieces; ‘Voice of John Peel‘ and ‘Running‘.

In addition to closing the show with ‘Fireball‘ by Don Spencer (by way of homage to the legendary 007 Club), we also play a Laibach track in each show, and last nights was their cover of the Status Quo number ‘In the Army Now‘, although some in the chat-room thought we were going to play the original, much relief all round when the opening strains broke out.

You can listen again to this show here.