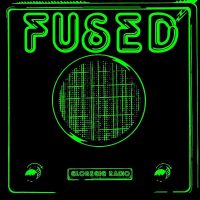 Last night’s show was a diversion from the usual Fused format. Keith, the host of §Wired§, was on a break so we agreed to leapfrog our shows (I would put on a show rather than there be an empty studio (and he would return next week)).

I decided to do something a little different from the norm, by way of a thank you really, thank you to the guys at Globegig Radio who provide the facility for us to put on our shows without the iniquity of adverts, they do it for the love and variety of music.

Thank you to Keith, who’s show I have been listening to since the early days and without his support and generosity I wouldn’t be here doing Fused.

Thank you to all the people who set aside a couple of hours of their week to listen in, we all have busy lives and I appreciate folk can be time-poor, so that commitment is respected and appreciated.

And thanks to all the independent electronic artists who’s creative output fuels the show, along with more established/commercial offerings we enjoy and play from the past and the present.

So, to tie all that together I decided to do a mix session (on the decks, as it were), with all the artists in the set being those whom Keith has introduced myself and his listeners to over the last year or two. Frankly, I could have put on a set that was many hours long, but in the end managed to bring it down to 80-odd minutes in the mix. All the artists are independent electronic wonders who make music for all the right reasons and remain unique as a result.

However, the opening of the show, the first half-hour, was dedicated to a sound project called City & Memory. Stuart Fowkes has been diligently beavering away, curating hundreds of field recordings from around the world and earlier this year he opened up the files for a project called ‘The Next Station‘. Sound artists were invited to re-imagine the field recordings and present them for inclusion.

The project has received positive attention from the likes of The Guardian, The Wire, The Vice/Motherboard and other outlets including the BBC World Service.

Several ‘Friends of Fused’ (many of them members of the E-Con Republic (associated with the net label E-Con) Facebook Group), fielded submissions which were selected for the project. We asked the contributors for copies of their work for a select showcase, and those recordings and re-imaginings were presented last night at the outset.

An eventful show all round and one I had much fun doing, particularly the mix session (hopefully showing there’s life in the old DJ yet 😉 ). But, ultimately, without all those previously mentioned it could not and would not have happened. Thanks to you all.

You can hear the show here.