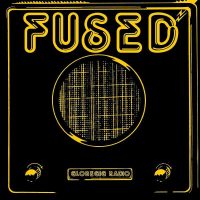 Friday’s show wasn’t perhaps the best thus far – nothing wrong with the music, but the hosting left a bit to be desired (while no excuse I was a tad under the weather).

Among our usual offerings (brought about through the randomness of history) we were able to play a track from the E-Con release from earlier in the day, ‘Love Hertz‘, which is, as you’d expect from E-Con, an eclectic mix of electronic endeavours, all worthy of airplay. To help choose the track we would play I got my 10 year old to find a random number generator online (all part of his education, I assure you) and let it decide. As a result of that, track 11,  ‘Beg For Ecstacy (feat Mirette McGauran) – The Black Hundred‘, can be heard about the midpoint of the show.

The release, of 20 tracks, is available on Bandcamp on a Pay What You Want/Name Your Price basis although I urge you to support the label with a donation.

You can hear the show (again) here, the page also has the playlist. 🙂

Incidentally, the first record played when BBC Radio 1 launched was ‘Flowers in the Rain’ by The Move (not something by Traffic as I misremembered).

And while we’re here; ‘Waltz in Black’ by The Stranglers was used as the theme music to various and varied TV shows hosted by the late bon vivant, raconteur and restaurateur Keith Floyd, sadly missed.