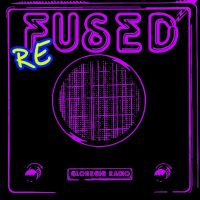 This fortnights ‘Fused’ was billed as ‘RE-Fused’ by way of differentiating it from the usual fayre. The show was prerecorded as we were unable to be in the studio on the night for a live transmission due to a combination of things.

During the week prior we had a deadline for a cover version we were producing for an exciting project called ‘unmute’. This is to be a two volume release on some 40+ covers of Mute artists songs from the labels first decade (1978-1988) which we, as HPK, were privileged to contribute to.

In addition, life was just getting in the way, as is often the case, with a personal work load that needed more of my time. So it seemed sensible to find a coupe, fo hours before the show and record a straight music extravaganza, which we did and it has been well received – makes us wonder if we’re needed in the studio at all! 😮

On top of which we (Myk.XLR) had a DJ gig on the Saturday beginning at 19.00 (and potentially going on until 03.00) at the Top Bar of Scrooges Bar in Blackpool, for the Sandgrown Beardsmen, so an early night on the Friday was in order. 😉

Anyhoo, you can listen to the prerecorded RE-Fused show here. Enjoy!

[Incidentally, the ‘mood music’ set be found in two parts, here and here.]