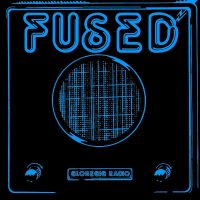 Initially, the show scheduled for this evening was to be a ‘deFused’ continuous mix session (hence the incongruous header on the archive page), as we have done previously – usually on the occasion where we are ‘leapfrogging’ with the §Wired§ show on Globegig Radio and covering when Keith takes a week out, invariably through family commitments (as we do for each other as and when required or desired).

Anyhoo, we were going into deFused territory but I was struck low by the lurgy, i.e. I copped a dose of the cold that is doing the rounds in these here parts which knocked me for six and forestalled any attempt to put a two-and-a-half hour mix together. I had attempted to program a set but didn’t have the mental capacity to do so. hence it being postponed.

In its stead we brought forward a planned (though not prepared) show we were going to run for our first outing in 2017. Essentially a review of the independent electronic artists we’d featured during 2016. But we stuck to the 2.5 hour timings, which was fortuitous in that it added 30 minutes of goodness to the review programme, and that is what we put out, even though concentration was lacking. 😉

PS
Happy New Year to all our contributors and listeners, without you Fused wouldn’t exist. Thank you.