Thermionic Valve Powered Amplification For The cognoscenti of All Things Electronic 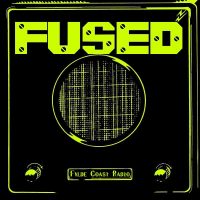 Well, our debut on Fylde Coast Radio went as well as could be expected, other than the less than great audio on the mic – I could blame the new (to me) desk and not knowing my way around the studio, etc., but that’s not an excuse I’ll put forward, I should have done better.

Other than that it was an enjoyable show in the usual format.

We had, effectively, two sets of ‘new’ listeners, those who know Fused but are new to FCR, and those who are regular FCR listeners who were new to Fused. Hopefully the twain shall meet.

And on that note, the new chatroom, courtesy of Discord, worked well and several listeners of old got in touch who used TuneIn, so that aspect works well also.

One other slight nause was that we had originally been told we had the 19.00-21.00 slot, which we had geared up for and punted hither and thither, but with nigh on 24 hours notice we found ourselves doing the 21.00-23.00 slot. Not an issue for us but if you got caught out with that I apologies profusely.

Safe (I think) to say that for the foreseeable future we will be going out weekly at 21.00 (UK) on Thursdays, a date for your diary – hopefully you won’t have recourse to use an eraser to change it again.

To reiterate, you can listen via the player on the Fylde Coast Radio site, via the FCR apps (available via the FCR home page), or through several other platforms not least TuneIn – which is a cross platform/device radio app.

The Fused chatroom can be accessed via this link, and is ‘open’ 24/7 if you want to leave any messages.

We can be contacted via the Fused Facebook Page also.

Feel free to fire off any requests for our ‘Sound of the Cloud‘ segment, or suggestions for the ‘Three-of-a-Kind/Ménage à Trois‘ section which is a string of three tracks that are connected in some, shape or form. Ostensibly, as long as all tracks fit our genre remit we’ll get round to playing them.

Likewise, any artists and/or producers, labels, etc., local or global, putting out material that equally fits our genre preferences can get in touch with your latest (or archival) tracks/EPs/LPs for inclusion.

You can listen to the 14th September show here.