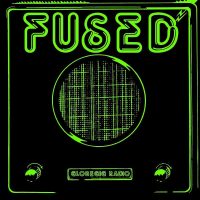 This show was the Final Fused on Globegig Radio. We’d had a five week run of Friday night outings, as opposed to the usual fortnightly rotation with §Wired§ – as Mr Keith had taken a few weeks out over the summer to do family stuff during the school holidays. So we had the final five weeks on Globegig to ourselves.

Since being informed that Globegig would be closing its doors, after five years of putting out some great shows and music, we have been scouting round the locale (and beyond), seeking a new home for both Fused & Wired.

In any event, before knowing what we later did, we had decided that both of us, myself & Keith, would co-host the Final Fused, bringing it back to the beginning when he sat in with me on my first show at Globegig (after I had sat in on his show the previous week). We kept to this format and continued to bill the show as the ‘Final Fused on Globegig Radio’, which it was.

What our listeners (Wired & Fused) didn’t know was that we had secured a new patron, a new home for the shows, Fylde Coast Radio.

We kept up the ruse throughout the show, albeit with hints of an ‘announcement’ which came with about half an hour to go.

The show itself was a bit wonky. I’d had the idea to open up the Fused record box and have listeners pick a random number, which would equate to a track, and we’d play it, but alas the logistics were too off-world for it to work effectively – in hindsight, I perhaps should have limited the number of available genres/tracks. C’est la vie.

However, having started with the usual ‘valve warming’ session, and moved onto the random tracks shtick, plan B was implemented. (I had decided to have a plan B only that afternoon, so there was little, if any, prep. Consequently, the selection did leave a little to be desired. But, we cracked on like true professionals. 😉

One fly-in-the-ointment was not being used to having two live mics in the studio and forgetting to open them both, unlike a true professional. One instance particularly where Keith comes across as a disembodied voice in the back-ground, sorry Keith. 😮

Anyhoo, as of 14th September 2017 The Fused Wireless Show will be beaming out from Fylde Coast Radio, with our chat courtesy of Discord.