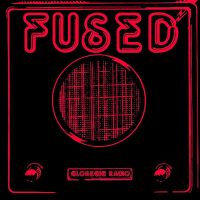 Last nights Fused was a subdued affair, which is unsurprising. Apart form the notion that it was Armistice Day (Veterans Day, Remembrance Day) and we had undertaken not to ignore that fact in the selection of tracks, even though there was the usual ‘On This Day In History’ narrative, we, as a show and our listeners, were dealing with news from the previous day of the passing of Leonard Cohen, and on the day itself, Napoleon Solo (Robert Vaughan).

Folk of a certain age remember Fondly The Man From U.N.C.L.E., and we played the Jerry Goldsmith theme during our 10 minute preamble that we jokingly refer to as ‘warming up the valves’ (just a means to play a couple of extra tracks before the show proper commences).

We’d also had the result of the US Presidential election which had cast a gloomy shadow in certain quarters (but we won’t be commenting on that here, nor did we during the show).

So, all-in-all, a pretty low key, down-tempo presentation with some great music nonetheless, featuring some new tracks from Friends of Fused.